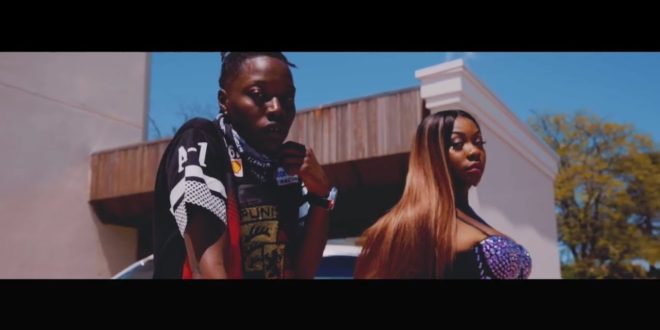 Milwaukee’s own Kia Rap Princess has been steamrolling through her city and beyond with her projects over the last 12 months. Originating with “Eversince The Prequel”, “Eversince The Album”, and now “Best Of Both Worlds” alongside fellow femcee Kaylee Crossfire – Kia Rap Princess is one to keep an eye on as the quarters move on.

As Kia prepares for a stop in New York next month for the #WATICLive performance in Queens, and coming off of a very active dual tour alongside Kaylee, the two women go for highlights in the Dinero Gang Ray directed and edited visual titled “Right Now”. Bringing the block and the bikes out, Kia and Kaylee give us the energy that your day may actually need.

President, E.I.C. & Content Manager for Get Your Buzz Up - Digital Media Specialist For Independent Artists
@blitzb_60505
Previous With the anticipation for his forthcoming album “Crown Fried” at an all time high, Dyme-A-Duzin​ drops a mini documentary to prep it’s debut – @DymeADuzin
Next Los Angeles based artist Kevin Celik hits the booth with Raven Felix and fall fully into a flow “Zone” – @kevincelik