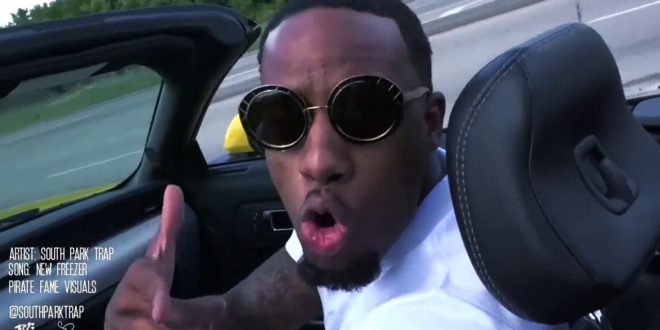 Houston’s own South Park Trap has yet to slow down since the new year started, and has no plans of doing so in the near future. Today he releases the official video for his rendition of Rich The Kid’s “New Freezer” hit single. The visual was filmed by Pirate Fame Visuals in South Park Trap’s stomping grounds, Southeast Houston. This serves as the first video off of his forthcoming mixtape, “No In Vestors Needed” coming this summer.

President, E.I.C. & Content Manager for Get Your Buzz Up - Digital Media Specialist For Independent Artists
@blitzb_60505
Previous For the remix to his “Far Away” single, Jimmy ValenTime is joined by legendary emcee, Blu – @Jimmyvalentime​
Next Chris Serra transforms Libretto & Buscrates’ “Ain’t That Funky” single into a cinematic wonder – @SlumFunk @BusCrates @TheLiquidBeat