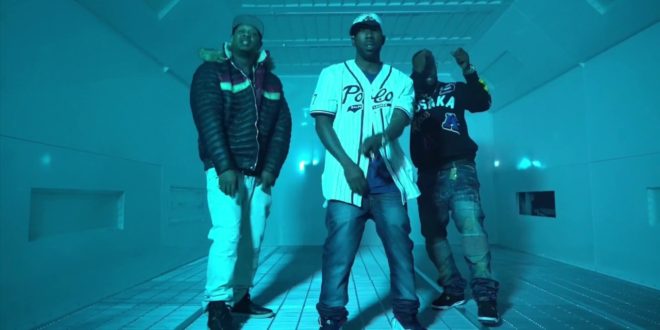 Jaesynth mans the lens for the video behind “Pullin Up” from Bay Area collective, Black Collar Hustlaz – @bch510

Directed by Jae Synth, the trio of California Brougham, Royal Highness, and Sportcoat O.A.K pull out the Benzs, Beauties, and Extendos to accompany their superior rhymes. While they floss the lavish lifestyle, clips from the new film pull up in-support of the new song. “Pullin Up” is the first single off the motion picture soundtrack Easy Money, co-starring the Bay Area trio.

While also on the soundtrack, “Pullin Up” is the lead single to Black Collar Hustlaz upcoming Summer 2018 mixtape, titled, ‘The Black Tape’. In coming weeks, Black Collar Hustlaz will embark on a West Coast and Southern market promo tour to promote the film and high-profile mixtape coming soon.

President, E.I.C. & Content Manager for Get Your Buzz Up - Digital Media Specialist For Independent Artists
@blitzb_60505
Previous Album Review: TROOFFOREVER speaks on dreams of success and the pursuit of turning them into reality on the 6 track EP, “Forever” – @troofforever
Next Seni B. and KC Young Bone season the classic DJ Jazzy Jeff and Fresh Prince “Summertime” classic with a touch of Mississippi – @CashKampSeni @KCYoungBone