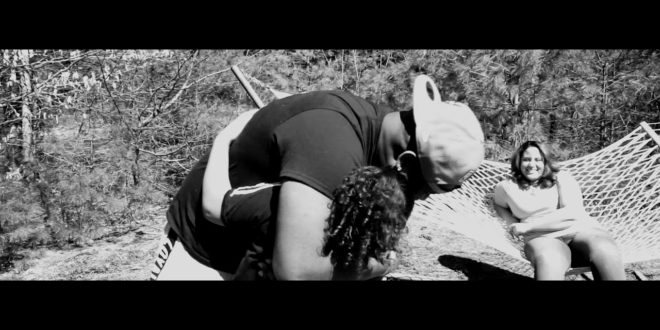 Jazzmyn RED presents “If I Had A Daughter”, sharing a heart felt tale of parenting and life lessons – @JazzmynRed

Massachusetts artist, Jazzmyn Red, released her debut album, “Writing HerStory” in December of 2016. Since the album has come out Jazzmyn has been hitting the pavement and relentlessly pushing her masterpiece to the point that her debut single, “Positive Vibes Only” peaked at #1 on the Urban College Radio Charts for multiple weeks in a row and even had KRS-One giving her the mic back after he watched her perform.

Fast Forward to May 2018 and Jazzmyn is ready to deliver the next single “If I Had a Daughter”.

“If I Had a Daughter” is an open letter to her daughter she would one day hope to have, as she vows to make sure to do everything she can to give her child the best life but also keeps it all the way real about the harsh realities of life as a woman. but digging deeper, Jazzmyn explained the real meaning behind the record.

“This record is much deeper than just my conversation with my daughter, if I had one. This record is also made for every woman whom may have lost a child, miscarried or may not even be able to conceive. As a woman, we all hope to one day have a better version of ourselves walking this earth and “If I Had a Daughter” hopefully can spark the conversation about everything motherhood and shine a light on our miscarriage rates and other woman related issues in the urban community.”

President, E.I.C. & Content Manager for Get Your Buzz Up - Digital Media Specialist For Independent Artists
@blitzb_60505
Previous Jay Armotto is straight up “Sausin” on a Sarkastik crafted production – @JayArmotto
Next Rell Cash wastes no time getting down to business with the release of “CV$H Over Everything” – @rellcashmusic