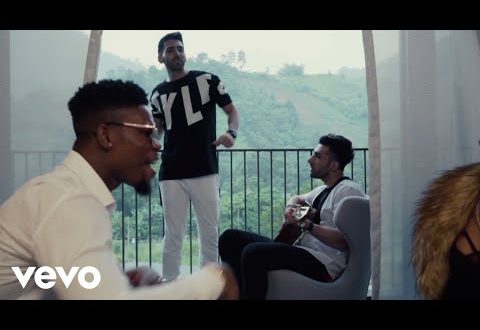 Electro-Pop & House make up Vessbroz lead off single, “Show You”

Vessbroz is geared to launch their official debut album “Lost” and in doing so, debut a visual for “Show You”. Vessbroz brings different artists from around the world together in an effort to create an album to usher in world peace. In conjunction with the single, various songs from the album will be featured in “C144”, a Malaysian / English motion picture. Stay tuned for updates but in the meantime, let Vessbroz “Show You” what they can do.

Vessbroz’s debut album comes after they released ten (10) singles last year while being based in Malaysia. Despite breaking into the scene in 2015, Vessbroz has delivered hard-hitting track numbers, ranging from the deep house genre to dance floor groove. Being skilled sound engineers with a background in studying classical music in addition to the iconic EDM sound for which they have become known, it helped them achieve success in two (2) international competitions last year for Best Original Song and Best Music Video. With more than 700,000 views on Vevo & YouTube and more than 4 million listeners on Sound Cloud, they have proven themselves to have the depth needed as music producers / artists.

President, E.I.C. & Content Manager for Get Your Buzz Up - Digital Media Specialist For Independent Artists
@blitzb_60505
Previous Sweet Bennie Ray & Mo Stone are up early getting it, watch “545” – @SweetBennieRay2
Next Listen to New Jersey’s Zeu$B “Beat on the Beat” like Micheal Jackson