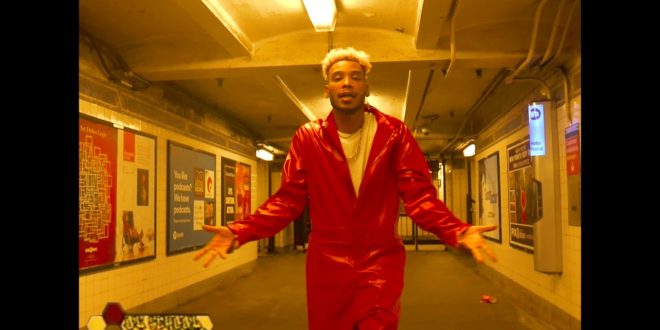 Catch the “VIBE” from the latest visual from RETRO – @Retrostarkey

Following the release of his single, “G Like”, Atlanta Rapper RETRO is generating a buzz at an impressive rate. He’s just released “Vibe”, one of many songs to hear from his “Nine1″ album, which was released earlier this month.

Retro, who credits his diverse taste in music to his mother’s upbringing, said, “Vibe was the hardest video to shoot cause I was sweating bullets in that Mase suit.” The video finds him grooving through the city streets and invading random locations with his dance moves, a theme that’s pleasantly reminiscent of an early 90’s hip-hop video.

President, E.I.C. & Content Manager for Get Your Buzz Up - Digital Media Specialist For Independent Artists
@blitzb_60505
Previous Ms. Mission is on a quest to “Change The World” – @Ms_Mission
Next JMJ Records Relaunches On The 15th Anniversary Of Jam Master Jay’s Death