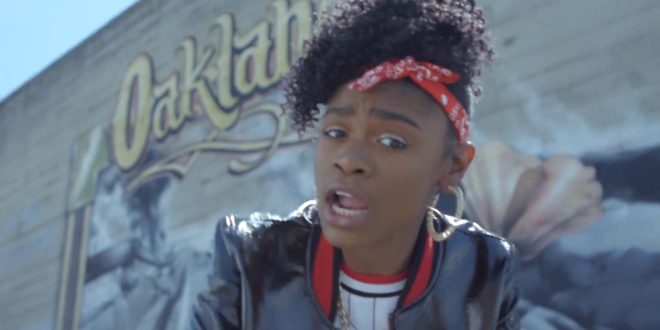 Emerging Bay Area femcee Chatty Tally tapped The Rap Game’s female standout Nia Kay recently for her latest visual release, “Barz.”The two go toe to toe in a rap battle of sorts; albeit a friendly one, each attempting to showcase themselves as having the better rhyming skills.

The video was shot in Oakland after Chatty flew Nia in to perform at her MeMonster Launch Party alongside special guest, Kida the Great, the winner of Fox’s “So You Think You Can Dance.” Also appearing were BMikeRob, B. Bandz, The Curl Sisters and Tyeler Reign.