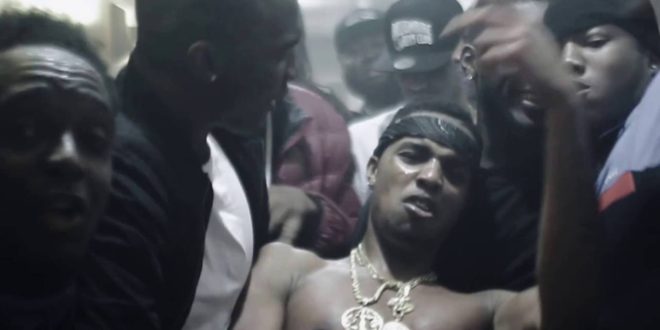 (New Video)-@HossGotti Be A Boss

Hoss Gotti is establishing himself as the music industry’s next big thing. With his distinct voice, lyrical diversity, creativity and originality, Hoss definitely has next up. He is a visionary who implements his amazing capacity for music in each and every masterpiece that he works on.  A Queens native, and Atlanta transplant,  Gotti was exposed to the music industry at an early age by his uncle, Tawayne Anderson, better known as Worldwide LA. His uncle is a recording artist who recorded hit songs with Akon, Rick Ross and Jim Jones to name a few.

At 12 years old, Hoss was recording music at Quad Studios and learning how to use pro tools. A skill he eventually mastered. His uncle would take him to Def Jam when he had meetings and he was able to learn first hand about the music industry and meet celebrities such as Akon, Maino and Jay Z. From there his passion for music grew stronger but music wasn’t his only love. Hoss was a talented athlete, he earned a full scholarship to play basketball but his dislike for authority caused him to lose his scholarship and change high schools three times. That eventually led him to turn to the streets and give up on his dream of going to the NBA.

Now at 21, he is determined to make his mark in the music industry. Though young, Hoss is extremely focused, serious, and dedicated when it comes to his music. Under the guidance of his uncle he has honed his skills as a performer and as a multi-talented artist with a mature, polished, and unique sound. He recently released his new single “Be A Boss” which has already amassed over 63k plays on Soundcloud.  With his great energy, charisma, clever wordplay and lyrics his single is sure to become a smash hit.

“Be A Boss” promotes a lifestyle of being a young boss.  The single will be the new club anthem with its hypnotizing, repetitive hook and infectious beat that Hoss murders with his clever wordplay. The energy on this record is explosive. With cosigns on his social media by artist like, Blac Youngsta, Skippa Da Flippa and an upcoming remix with Rich The Kid that has not yet to be released. Hoss Gotti has all the components to become a household name.
Be A Boss Hoss Gotti Queens rap South Jamaica video 2016-12-07
Blitz
Share