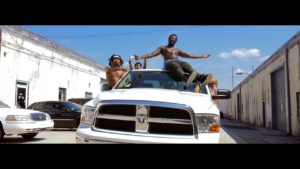 Toronto born artist Tony Mason finally decides to hit us with his first official release since relocating to Atlanta. The song is called “Big Trucks” and was produced by ATL heavyweight producer, Zaytoven. You’ll be able to find it on his upcoming “FREE MASON” EP set to drop in December. With production from Zaytoven, Dvme, Only J Floyd, Black Key Cartel and features ranging from J Money to Rich Homie Quan, this project is definitely going to be something you want to make sure you own. The video was shot and edited by Ledoox2, and has Tony Mason riding thru the city talking guns and turning up with the squad.