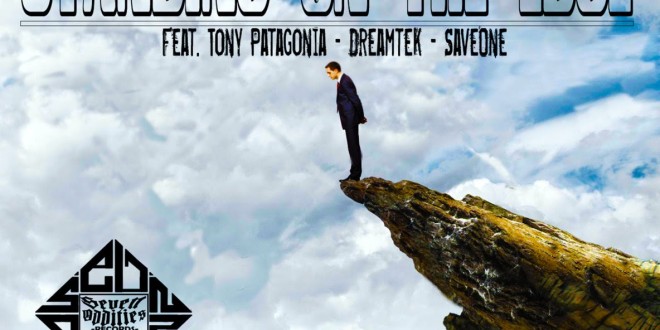 (New Video)-@7oddz Standing On The Edge

The process in which Chicago, Illinois crew 7oddz can churn out album after album is phenomenal. In 2016 they’ve already dropped two albums with one of those being the first chapter in their “Out For Blood Vol. 3” series. OFBV3 is compiled up of four complete albums of hard hitting, truly raw Hip Hop material. With that said, the Oddz premiere the debut video single where we find Tony Patagonia, DreamTek and SaveOne “Standing On The Edge” ready to test whosoever even bats their eyes improperly. The song is featured on the upcoming “Out For Blood Vol. 3 Chapter 2” album with a release date set for April 8th. Produced by squad front runner DreamTek, we get presented with a grainy optical treatment featuring “Scarface” and “Bloodsport” cutscenes as the trio flows in front of the projection screen. It’s the Year of the Oddz, get familiar below.