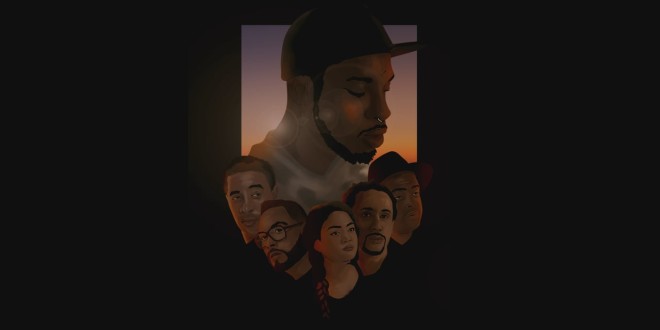 If you’ve been paying attention, you might have started to realize Portland, Oregon has one of the hottest up and coming underground hip hop scenes in the country. For those that are familiar with the scene, not only is there an abundance of talent in the region but also tensions have been high lately with resistance from the Portland Police Department and Oregon Liquor Control Commission. Director Seena Haddad recently recognized this and tapped some of the region’s best artists including, Vinnie Dewayne, Stewart Villain, Blossom, Mic Capes, Rasheed Jamal, and more for the soundtrack to his new Web Series, “X-Ray” reflecting what’s been happening and happening now in Portland’s bubbling hip hop scene.

​​​“X-Ray” is a hip-hop themed narrative web series that gives its audience a ground level view into the daily life of an aspiring young artist named Marcus Ray played by one of the rising stars in the PDX scene, Mikey Fountaine. Part One is set in 2014, at the height of the tumultuous relationship between artists and the Portland Police Department. We follow Marcus as he battles through personal tragedy while navigating everything else an artist deals with in daily life, including relationships, family, friends, and the grind that puts money in his pocket. Starring Fountaine, and featuring performances and music by musicians from Portland’s up and coming Hip-Hop / R&B scene, “X-Ray” tells it’s story with a soundscape that shows off some of the best music the city has to offer. Also starring: Epp of TxE, Keely DiPietro, Wes Guy, 5th Sequence, Koncept of Brown Bag All-Stars, Gregory Marks and more.

Watch season one down under and be on the look out for part two being released this April.

X-RAY Chapter One from Rostam Productions on Vimeo.