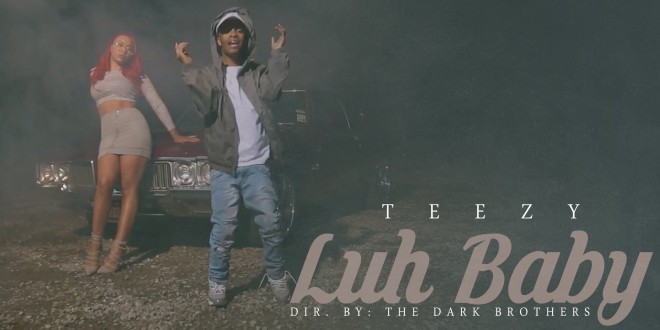 Standing at four feet tall, Terric Breaux, better known as Teezy, has a voice and a presence that commands attention. Belting out melodies, Teezy could sing before he could complete sentences. He was born on March 25, 1994 in Los Angeles, California. Despite being one of four children and having a father that was in and out of jail, Teezy’s only struggle was his height. At the age of 9, Teezy moved to Hoover, Alabama where his love of music would inspire him to join the church choir. His mother brought him a karaoke machine and instantly he became a giant. New schools meant new kids and standing out because of his size didn’t make the transition easy. He was always different and his slick mouth would land him in trouble everywhere he went. Like the elephant in the room, Teezy stood out. Whether it was positive or negative, singing was his only outlet.

Soon Teezy would create a small buzz in Birmingham, Alabama. Feeling like he was at a stand still, Teezy decided to move to New Orleans with his father after graduation. Happy to be in a new city, Teezy connected with a producer by the named Antonio aka KC. For the first time in life, he found someone outside of his mom and brother that really believed in him. It would be that connection that would help him expand his name. KC made Teezy see his size as a gift and use his triumphs as a means to make great music. Teezy began doing open mic shows and teen parties. The crowd reaction was astounding and gave him the opportunity to open up for artists such as Lil Boosie, Fetty Wap, Chris Brown, Kevin Gates and Tink. Teezy would soon meet LA and Rico, who had industry connections and believed in him. Together they connected with Walter Butler, an industry vet, who along with KC have taken Teezy under their wing and started on an epic music journey that can only be told be the underdog. From being the smallest kid in the room to the biggest artist in music, Teezy is ready to make history. The kid who was always told he couldn’t do anything can’t be stopped. With a new single and EP dropping in early February, and co-signs from industry heavyweights, 2016 is shaping up to be a historic year for Teezy.

Check out his latest video “Luh Baby” below.