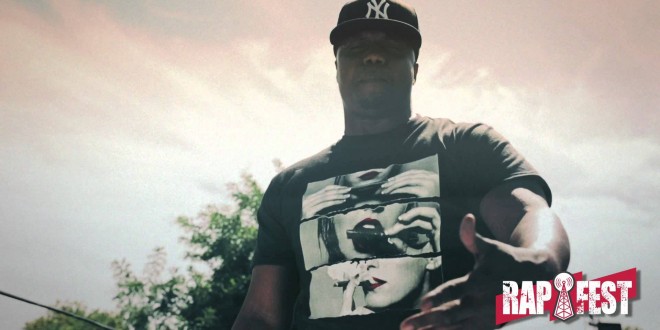 After launching the premiere episode of The RapFest Ciphers last week on MTV Jams, the buzz surrounding this new platform has been at a fever pitch, as fans and critics have been giving rave reviews. The premiere episode featured Harlem spitter Smoke DZA and Prodigy of Mobb Deep. As well as UpNext Artist DeLorean and New Jersey’s AListFame on production, both of whom gained massive publicity from being featured on such major outlets alongside established veterans.

The RapFest introduces Mean 16. The concept is simple, one week after each cipher is released, a special edition will be unveiled showcasing a standout verse over the previous weeks production. Today we have Brooklyn’s own and member of Maino’s The Mafia crew, Lucky Don, spitting aggressively over the dark and eerie production as only he could. Join The Cipher at TheRapFest.com/sign-up