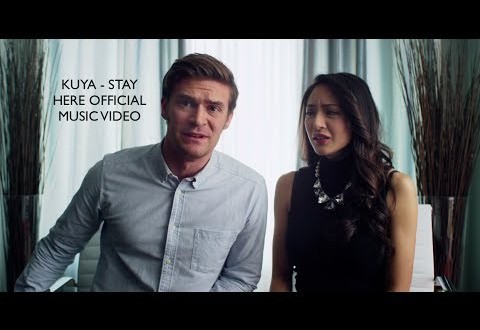 The word Kuya, meaning older brother in the filipino language, was chosen as the name for the group for a very specific reason – Kuya consists of a set of brothers, Sammy and Bobby (born and raised in Toronto), along with Johann and Jayson who hail from Montreal. The group was first introduced to the world in early 2003 with their VIDEOFACT funded video “Southern Girl” which was was featured on MuchVibe and gained enough viewership to be certified “Vibe-Rated”. The group took a hiatus due to personal life decisions. It was then that Bobby and Sammy formed Kuya Productions.

They have produced hits for international artists such as Nelly, Mase, Ginuwine, Nicole Scherzinger and Big Time Rush to name a few. They established their label by launching their first act JRDN. He went on to have two gold singles and two Juno Nominations in 2012.   Now reunited, Kuya released their first single and video “Stay Here” in March 2014. They will release a second single in July 2014. The highly-anticipated and long awaited EP is scheduled to be released September 2014.