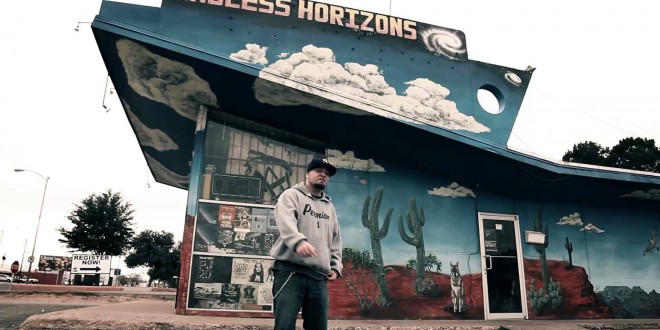 Dubb Sicks is “basically a rockstar that spits sick over beats.” There is no other way to describe a pure entertainer with razor-sharp lyrics and a stage show that has Texas crowds in an uproar. Originally from Odessa; Sicks now resides in Austin where he was named one of the city’s top ten hip hop performers by the Austin Chronicle from 2006-2013 and played the world famous SXSW Festival in 2009, 2010, 2013 and 2014. In 2012 and 2013 and again this year Dubb Sicks rocked the Vans Warped Tour via the Bring it Back hip-hop stage. Sicks has shared the stage with national acts including: Yelawolf, Ghostface Killah, Raekwon, Jedi Mind Tricks, Action Bronson, Rittz, R.A. the Rugged Man, Big Boi of OutKast, 2 Live Crew, KRS-1, Too $hort, Amanda Blank, Geto Boys and RAKIM just to name a few. His rugged delivery and storytelling ability matched with his energetic stage performance and creative marketing strategies keep Dubb Sicks in the thick of the evolving Texas underground music scene. He is also the owner of Texas Battle League, the biggest rap battle production company in the southwest.

The following video is Dubb’s latest titled “Raised Over Here” which can be found on his new album “Runnin’ On Fumes”, which debuts on May 6th exclusively on www.SoSouth.com.

President, E.I.C. & Content Manager for Get Your Buzz Up - Digital Media Specialist For Independent Artists
@blitzb_60505
Previous (New Audio)-@Che_Rhenosonce Feat @rizzocorleon & @AkinolaMusic “Around The Way” Prod By @OfficialTJonez
Next (New Mixtape)-@cawleyfish “In Deep”