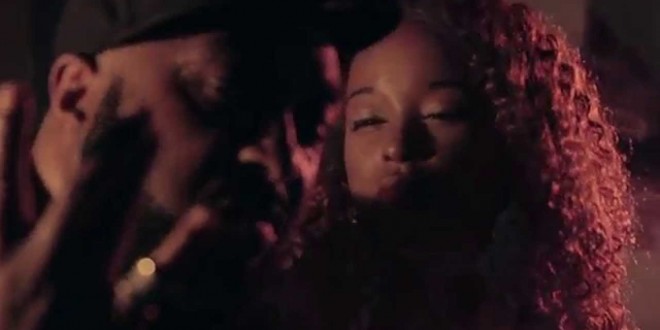 Los Angeles rappers Born Allah and ERule present the Empty Marlett-directed music video for “Dub Fritterz”, the NGAFSH-produced new single from the “Dub Fritterz” EP, which also features a verse from Planet Asia. “Fritterz” features Belizian songstress Blaq Suga on the hook. Born Allah and ERule made their names in Los Angeles’ Project Blowed/Good Life freestyle rap scene documented in the 2008 documentary “This Is The Life” (which features Born Allah) which also spawned the likes of Freestyle Fellowship and Jurassic 5.

A regular on Sway & Tech’s Wake Up Show, Born Allah wrote and recorded the theme to their open mic segment of the “11 O’Clock Battles” show, was a regular on the L.A. battle scene and even penned a song for pop group New Kids On The Block at age 14.

ERule made the cover of Rap Pages in 1994 on the strength of his Pallas Records single “Listen Up/Synopsis” and has worked with Ice-T, Mykill Miers and Myka 9 of Freestyle Fellowship. “The term “Dub Fritterz” comes from a dish from Belize called a conch fritter,” says Born Allah. “We got the idea because Blaq Suga is from L.A. by way of Belize. So we replaced the Conch with the Dub, which is short for the letter W (West coast).” Born Allah’s most recent prior release is “F**k Your Favorite Rapper Pt. 2”.